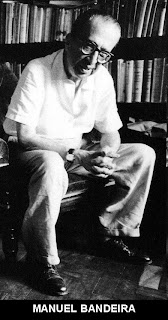 Since the Brazilian classical singer Maria Lucia Godoy was introduced to Loronixers with O Canto da Amazonia, a tribute to Amazon Rainforest recorded in 1969, I have been receiving emails and comments requesting more music from Maria Lucia Godoy. I thought it would not be easy to find another album, but lucky has been on my side, for the happiness of our community.

Maria Lucia Godoy is backed Murillo Santos at the piano and was once again in charge of repertoire selection, featuring Manuel Bandeira poems with music by Heitor Villa Lobos, Jaime Ovalle, Francisco Mignone, Gianfrancesco Guarnieri, Lorenzo Fernandes, Jose Siqueira and Edino Krieger. She did it again, this is a very beautiful album that has something very important in common with O Canto da Amazonia; both are all about Brazil, from the start until the end. Tracks include:

Very nice. There's so much to discover about Brazilian music.
Technical note: it sounds like there's a skip in Track 8, near the beginning, around 0:14.

pawlyshyn, I hear track 08 and you are right, there is a skip. I will make a reposting of this track tomorrow. Thanks.

zecalouro
Loronix promotes forgotten music not commercially available. No music is hosted here. If you disagree with any content, tell us. It will be promptly removed. Thanks